Starting from 'Compost', this year's curatorial theme of the art residency In Context, we propose a program between the 6th and 8th September, that tries to apply this concept in the field of music. The challenge of the invited artists is to deconstruct contemporary and archaic global musical heritage, in order to create a new paradigm to suggest our coming of age in relation to nature. The merging of the cultural subjectivity of the invited artists will thus function as a sonic 'fertilizer' for the ecological responsibility of all the participants of this event. In this case, the sound experiment will represent both an alarm signal regarding the ecological disasters caused by the human species and a tribute to nature that is adapting harder and harder to the changes brought about by us.

The main locations chosen for the performers have the role of contextualizing the listening experience; thus, the Salina Targu Ocna, the Catholic Church, the In Context Power Plant and the forest from the Well 2 Platform will be catalysts for raising awareness about the environment. 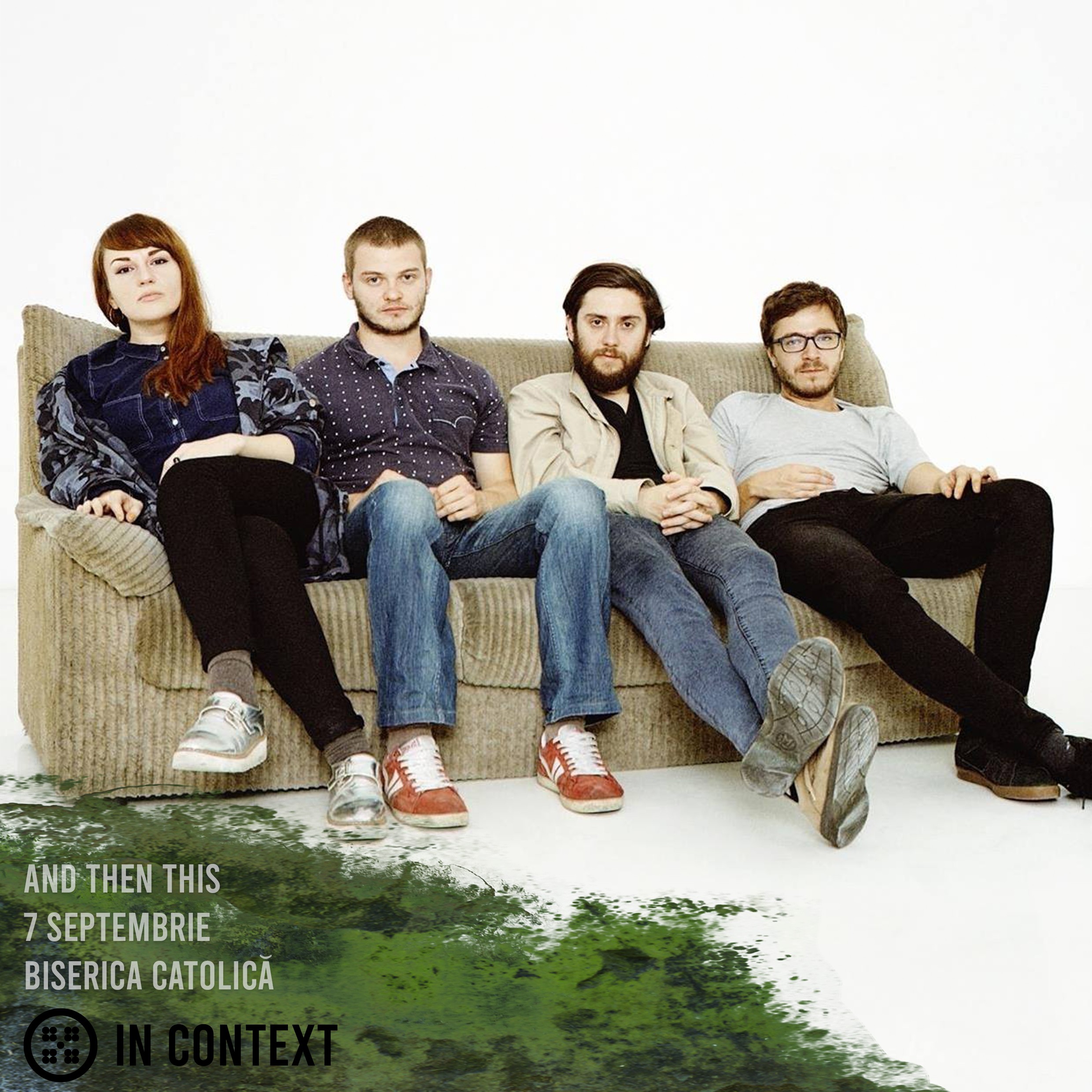 Sian Brie (guitar), Diana Miron (voice / violin), Laurentiu Cotac (upright bass) and Daniel Stanciu (no input mixer) are musicians each with their own defining background, whose contrasting influences can be unfolded in this project.
Through an undergoing deep search of the sonic/sensorial within musical phenomena, the group broadcasts harsh/dry waves and harmonies as musical deconstruction towards listeners.

Influenced by freedom of expression and jazz rhythmic complexity, they make use of spontaneous compositions, presenting the public with contemporary soundscapes.

The discourse gains structure through uninterrupted intuition in relationship with every space-time momentum. 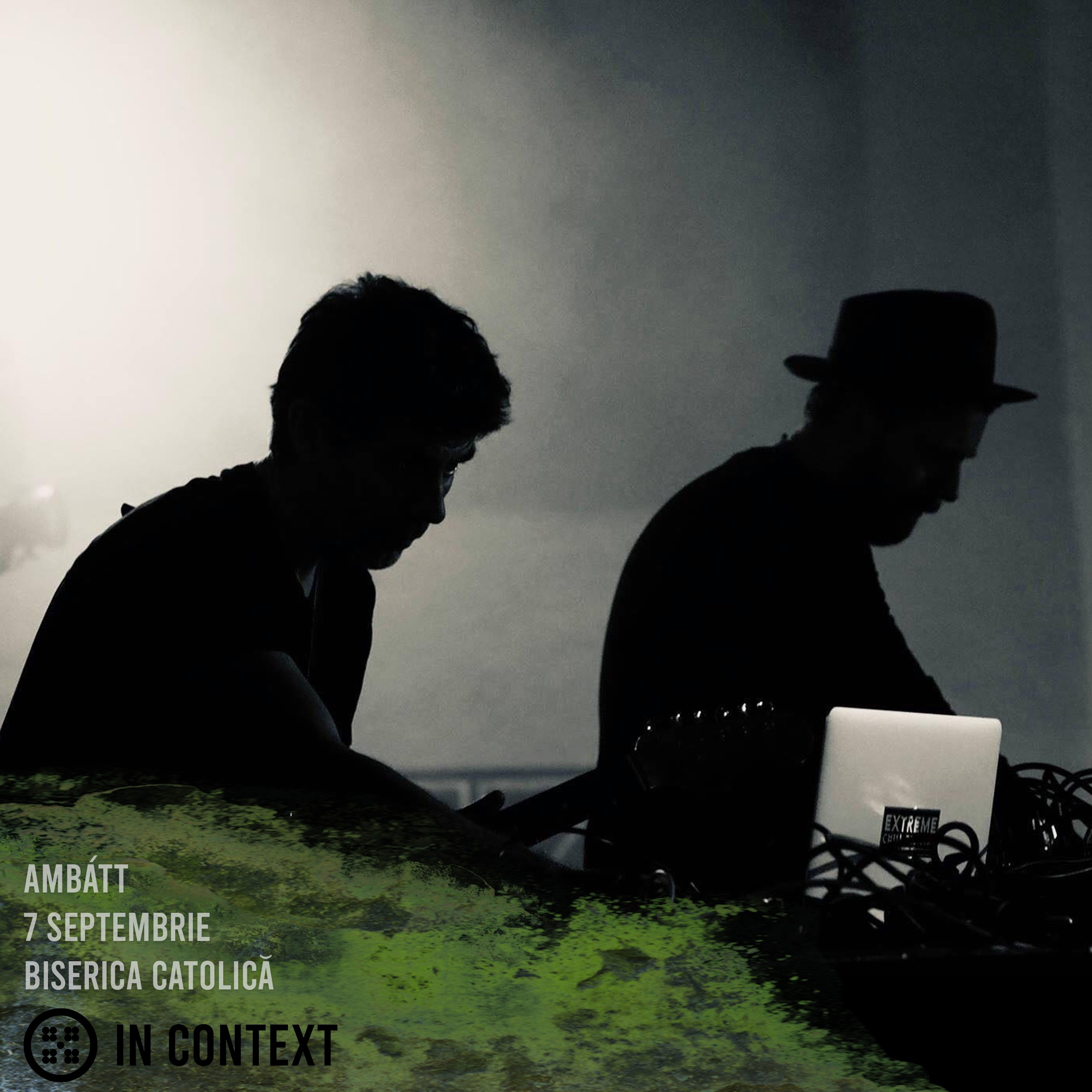 They have been active in various music scenes in Reykjavik in the past years.

Þorkell Atlason is a classically trained guitarist and composer. His work has been performed widely around Europe and America and he has been active in the experimental music scene in Reykjavik.

Pan has made a history in Icelandic music scene having released many albums and side projects in the past 12 years and is well known and respected for his works. Pan's has long been a catalyst of electronic music in Iceland. Eight years ago, he founded and organised "Extreme Chill," an annual electronic music festival which has drawn both local and foreign electronic music enthusiasts into the amber embrace of Icelandic nature.

Both Pan and Thorkell are members of the electronic trio, Stereo Hypnosis.

Andrei Raicu is a theater director and composer. His performances were presented to both the public in Bucharest and the one in the province. He also signed the soundtrack to several shows, and is currently a resident of Queerdos in Berlin.
"Extinction" proposes sonic exploration of the environment through biofeedback. Suggesting a dimension in which nature communicates with us, and the main issues addressed are the deconstruction and reconstruction of the natural habitat.
The live show also involves a reflection on the time, its cyclicality and the ecological condition. 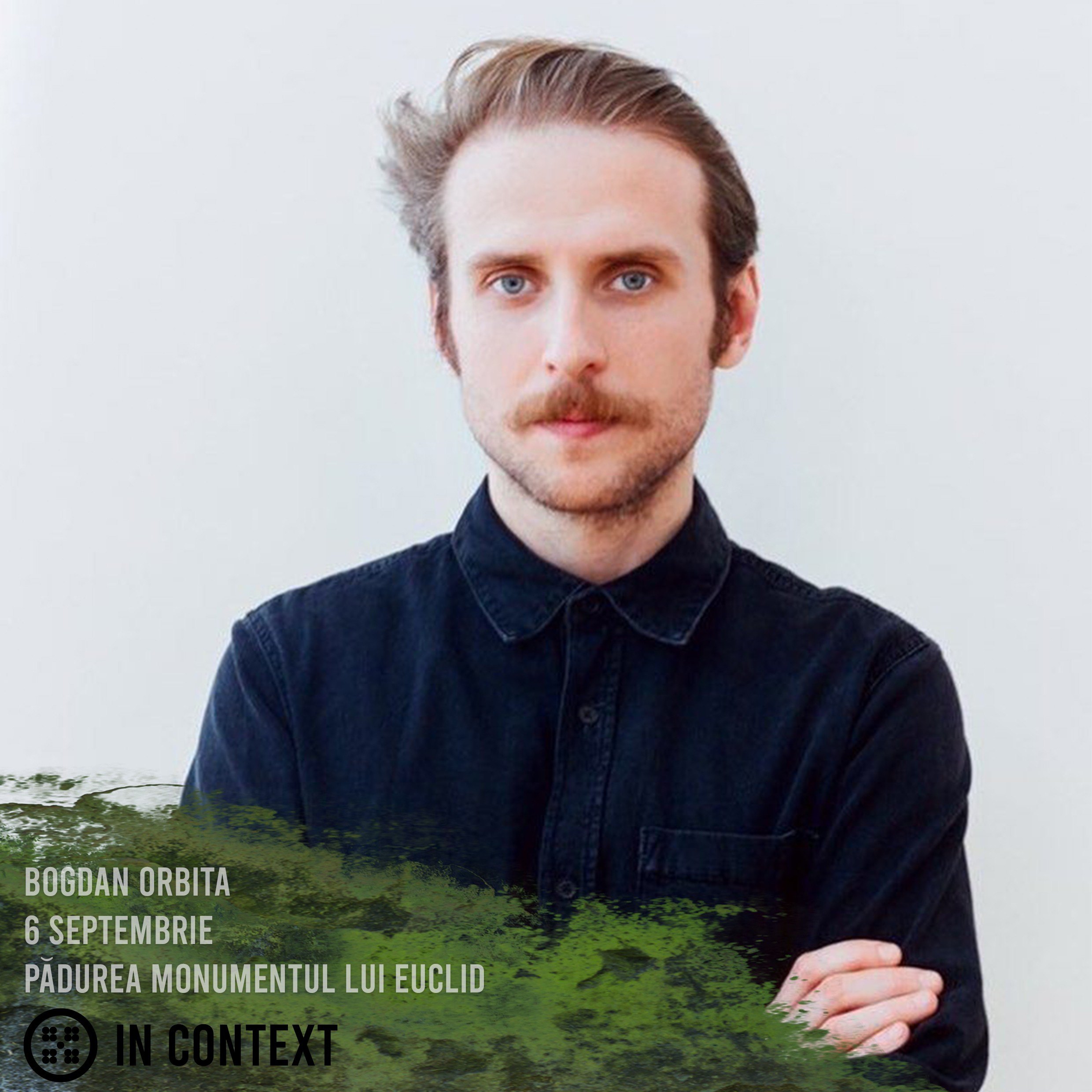 Bogdan Orbita is a Bucharest based DJ and record dealer. When he’s not delivering thoroughly picked sounds, you’ll find him harvesting obscure and weird gems, disguised as Psychosynth & OK Music. He has been around for some while now, as part of Orbita Lacustra and as his singular self, creating, pushing and promoting events and sounds from a different spectrum. 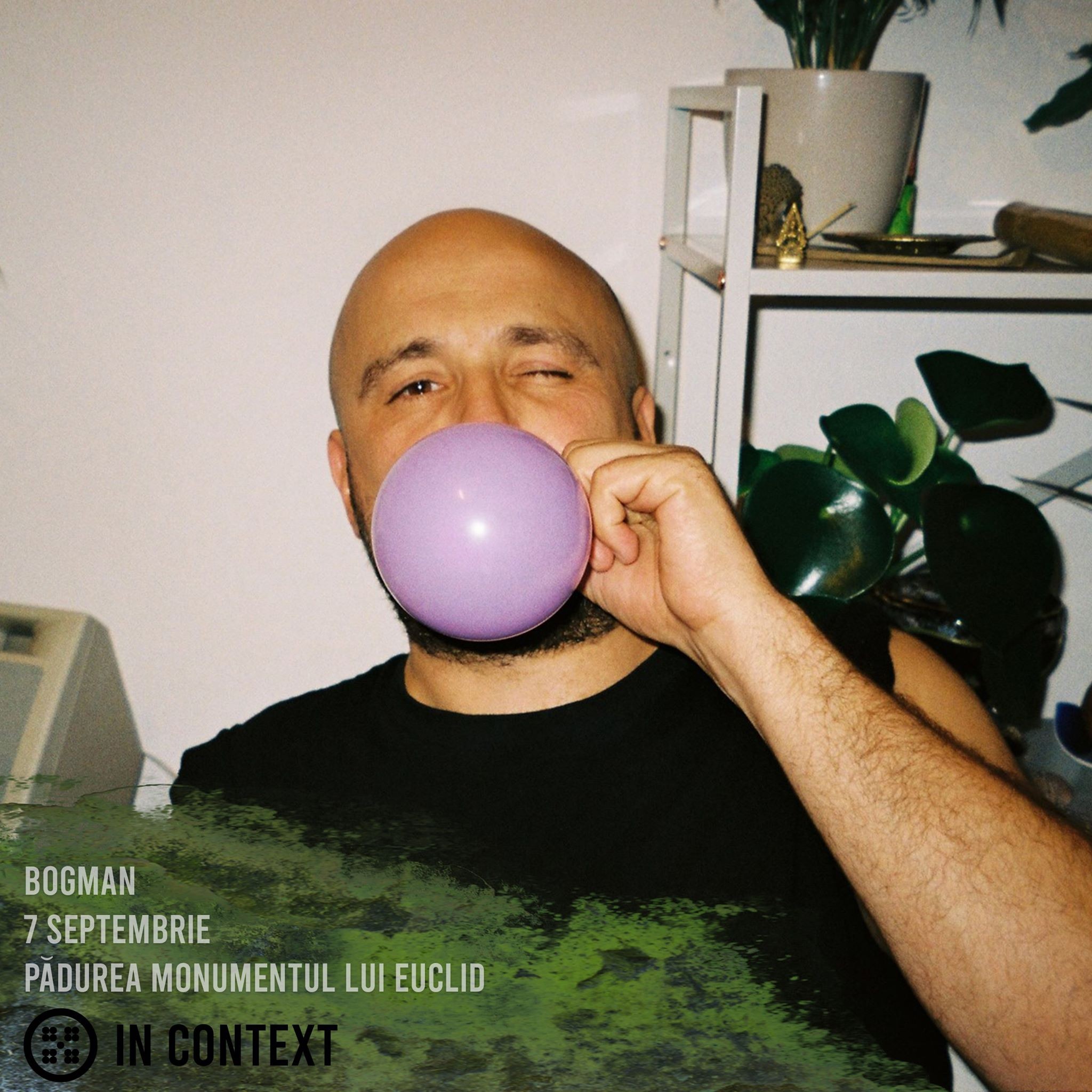 Bogman started off in the early 90s by getting involved in Romanian Hip Hop events and hosting a show on Radio Nova 22, the FM institution that shaped the music underground after the 1989 revolution. Collaborating with DJ Vasile, he later introduced a series of events at social hub Laborator, which turned the former gaming house in what became the legendary club The Web. In 2001, Bogman moved to New York, where he spent the next 7 years digging into the city’s rarest record archives, earning residencies at Apt and Nublu and managing Turntable Lab store. Back to Bucharest, he started the parties Fantastic Boogie, Camera Sambo and Boulangerie, he’s a DJ and currently one of the booking strategists for Control Club and Apollo111, as well as working daytime as a chef. 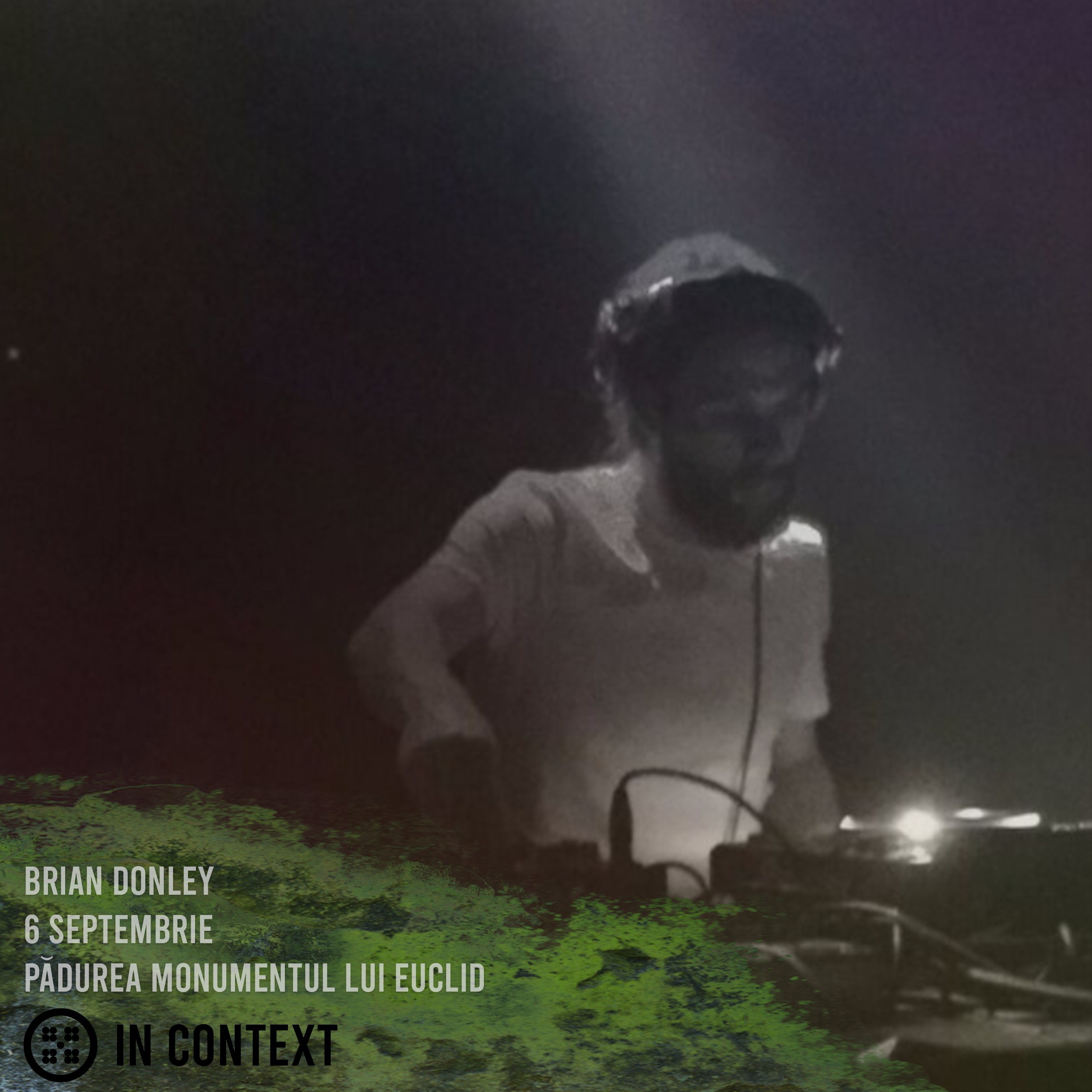 Brian Donley is a dj and producer based in Rotterdam, The Netherlands. He is originally from Leiden, where together with a collective started TECHNO71, a platform for promoting techno events. In 2015 he won Dave Clarke's Demolition Panel at ADE. 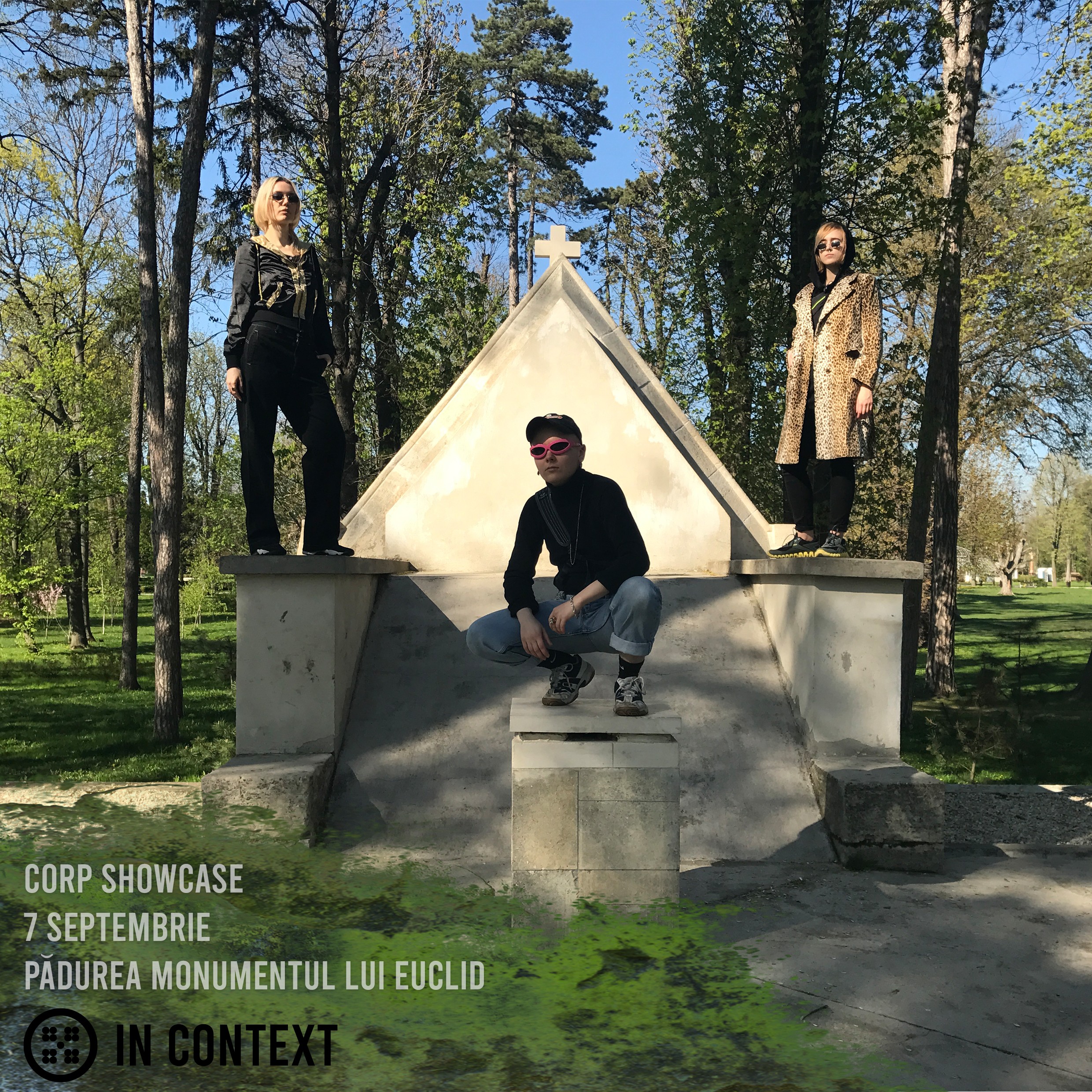 Corp. Corpus. Corpuscle. Body. Mediating access to technology. Ours is a cluster of bodies in the female spectrum set out to advance and facilitate the connection between such entities and the mechanics of music rendering and production. By promoting visibility of the female gender in electronic music and its associated culture, we aim to challenge the local status-quo. 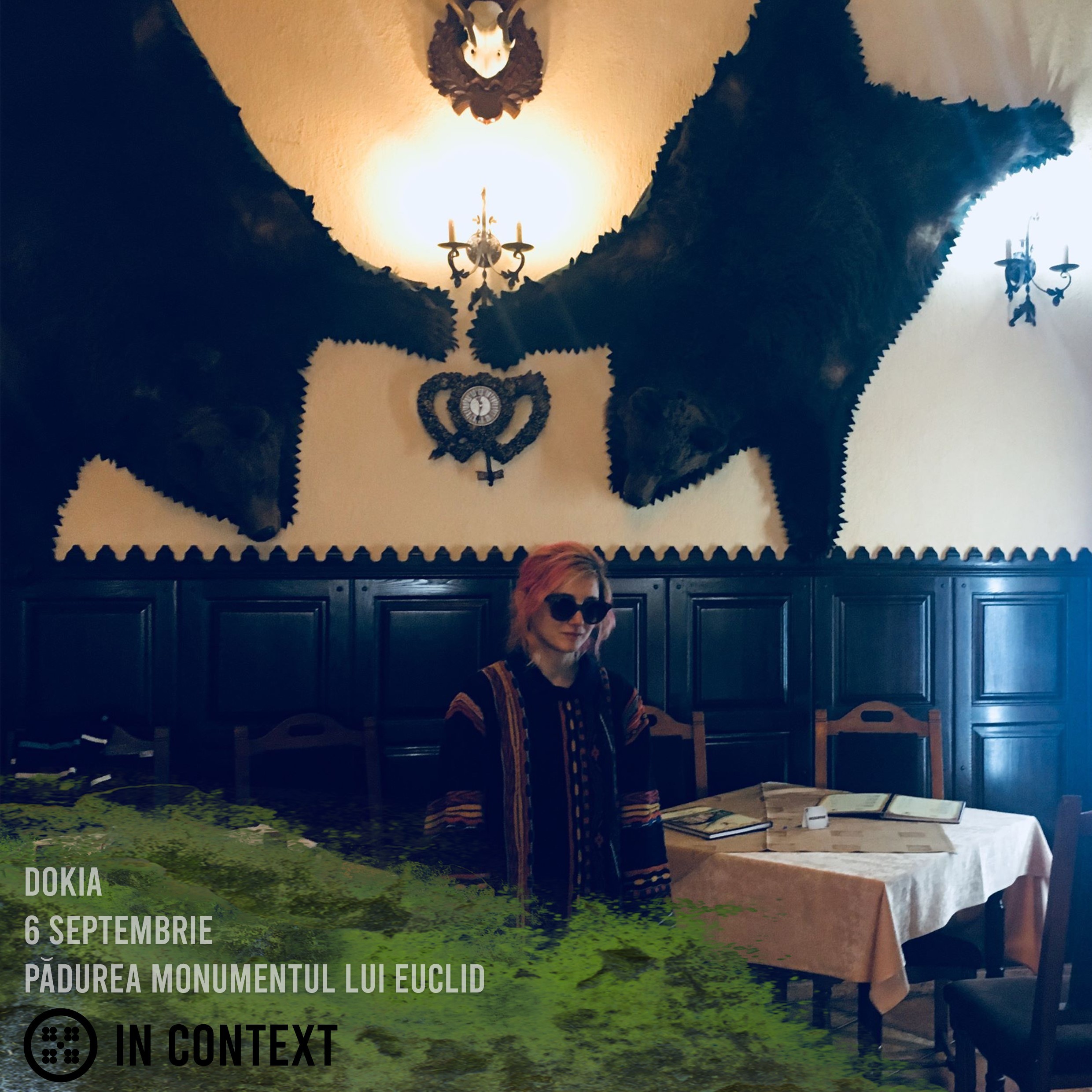 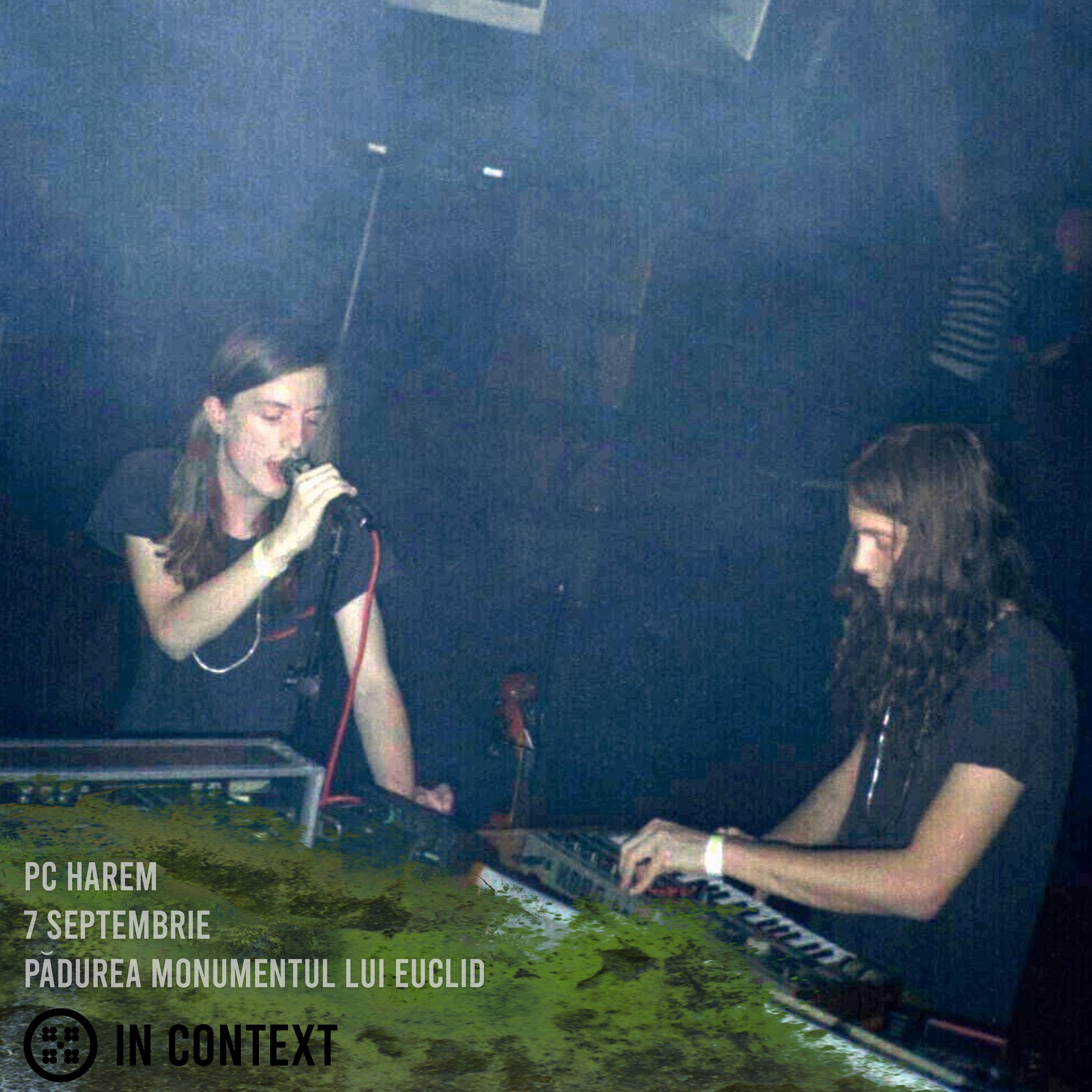 PC HAREM is a Romanian band from House Live and - Alive!
Four instrumentalists who studied classical music, rock, jazz and manele, fell in love a few years ago with electronic dance music!
Cooked on the spot with several synthesizers and rhythm machines, a PC Harem concert is never the same! 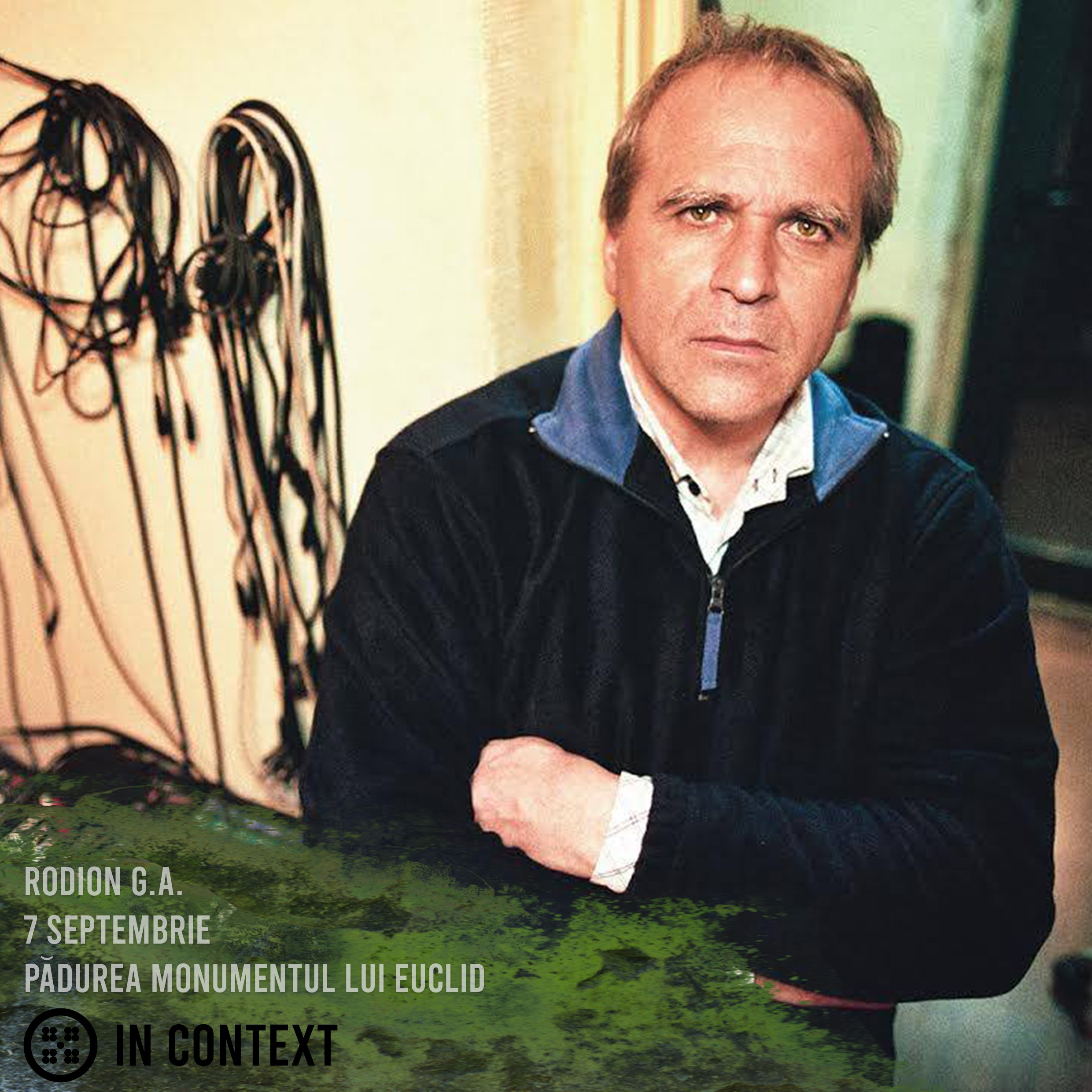 Rodion Ladislau Roșca is a Romanian rock musician, born in 1953.
Rodion has been experimenting, since high school, with the generic possibilities of new, unconventional sounds. Using first  one and then more tape recorders, they can be fine and overloaded or over-modulated, which can have a complete sound exchange, very similar to a synthesizer. A graduate of the Music High School of Cluj, instrumental clarinet, Rodion is rather attracted to composition and experimentation, so that, between 1970 and 1977, there are more than 70 songs of his own methods.
In 1977, together with Gicu Fărcaș and Adrian Căprar, they formed the basis of Rodion G.A., continuing to write music according to their own philosophy. The band is considered the rock revelation in Romania and activates in 1983. Now it is possible during the care to establish main compositions that define the personality of Rodion Roșca, "Stars and lights", "Images from the visit", "In the silence of the night" or "Sometimes." The songs also reach the top positions of the rankings made up of the radios and magazines of the time. The band continues to bypass the professional loading studios and experience the recording in the small apartment to its leader.
In 1983, the band is intended for sale by institutions of formulas, in 6 years, which can be ordered according to dozens of instruments. Rodion Roșca continues to be made for theater or television until 1989 when, after the death of the sales mother, we can no longer find resources to increase it.
In 2008, the production house Roadrunner Music Romania adds the band Rodion G.A. in the attention of public opinion, after 19 years of absence.
In 2012, Rodion Ladislau Roșca is rediscovered by the music collective Future Nuggets, together with the London production house Strut Records [1] and the mediation of the Ambassador's reception, in May 2013 the first full album signed Rodion G.A. is launched. 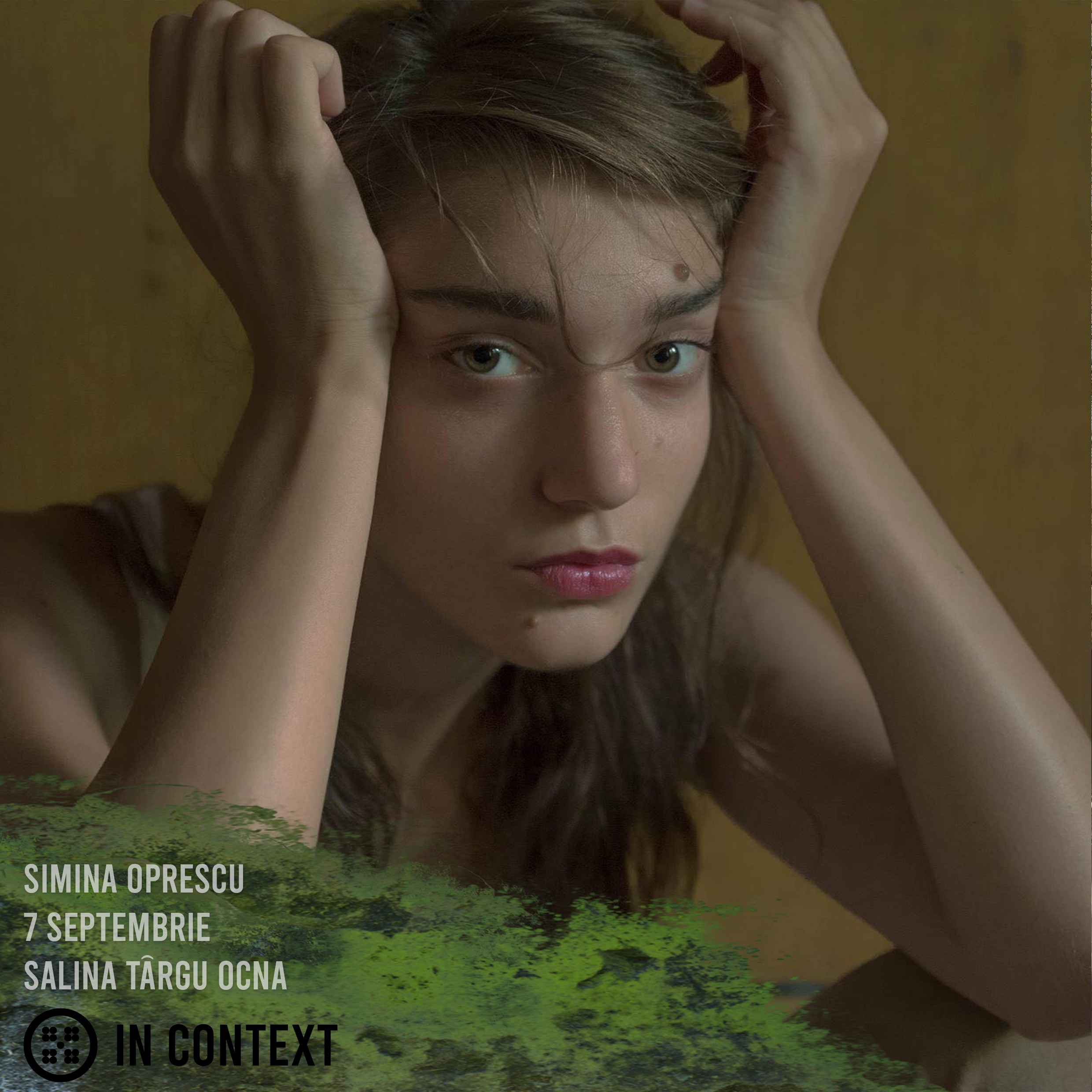 Simina Oprescu (b.1993) is a composer, video and mixed-media artist living in Bucharest, Romania. She graduated from the Faculty of Photography and Dynamic Imagery at the National Art University in Bucharest and one year in the acousmatic composition department of the Royal Conservatory in Mons, Belgium. The artist focuses on several concepts, starting with the analysis of how the fixed image and the moving image are mutually reinforcing, being interested in how the depth of the background can be used as a tool for remodelling our perception of the environment and the movement; to the use of sound as a way of expression, with or without an image as a constitutional environment. Using different instruments, 'sound objects' and digital programs, the artist uses sound as an experiment and as a deep understanding of the self and the surroundings. Also interested in the possibilities of integrating sound (and rhythm*) into visual environments (internally or externally) and the ability of the sound to radically change the understanding of the image: "In the Beginning was the Sound compared after Image...." 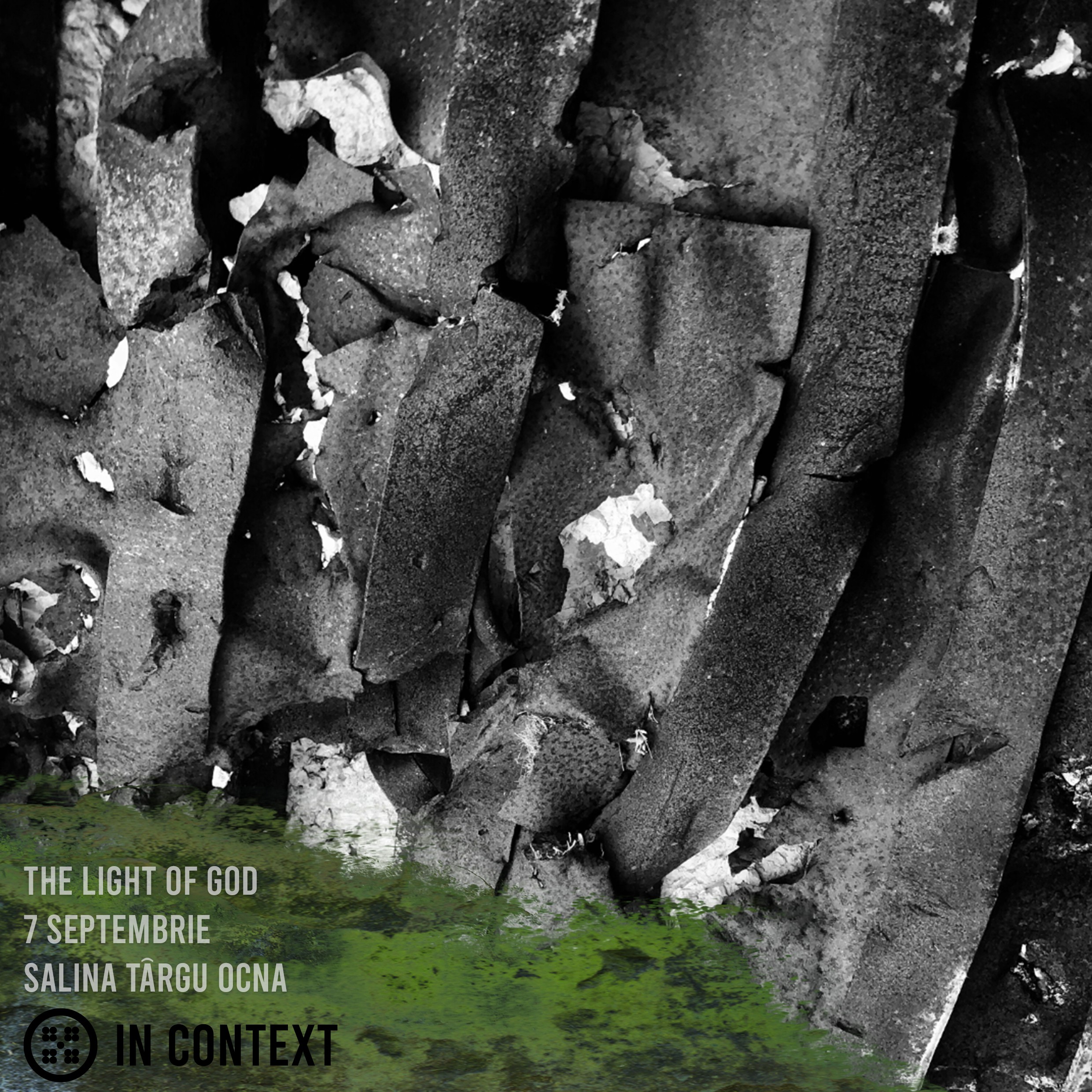 The Light of God
×

The Light of God

Berlin-based musician Jeroen Holthuis has been active in various projects over the past few years (Ordo Viatorum, Onont Kombar, Celephaïs, DJ Down The Rabbit Hole). You will see the return of possibly his bleakest project, The Light Of God. Dark slabs of noise and minimal synth manipulations and relentless drones. Heavy, suffocating, intoxicating funeral dirges.